What You Need to Know About Preventative Mastectomy and Breast Reconstruction 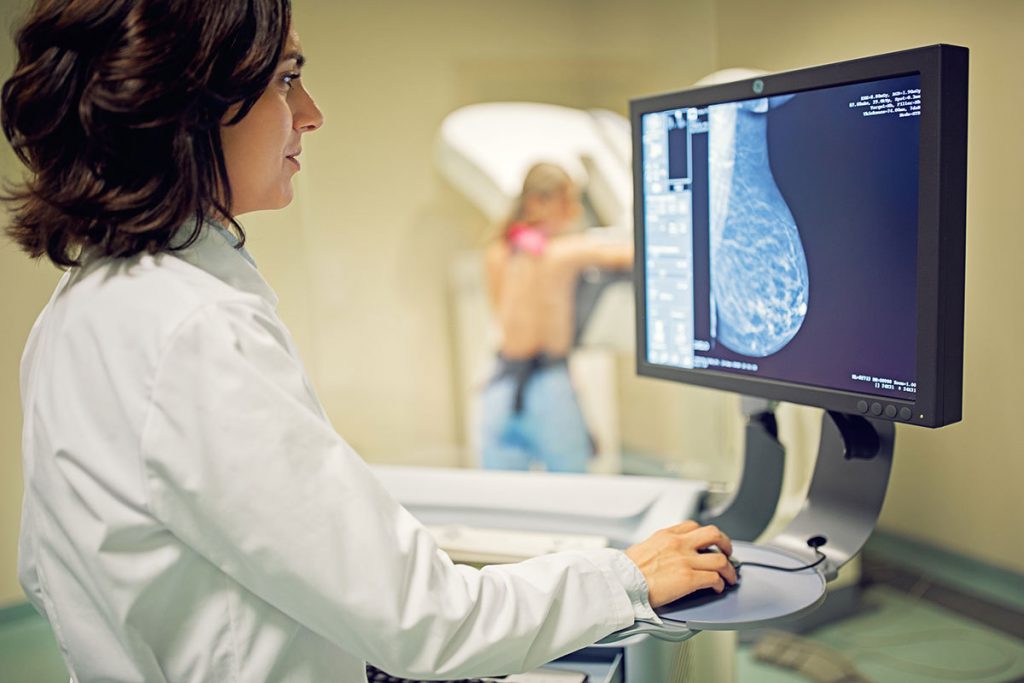 According to the National Breast Cancer Foundation, 1 in 8 American women will be diagnosed with breast cancer in her lifetime. Breast cancer is the second most common form of cancer in women, and as a board certified plastic surgeon who regularly performs reconstructive breast surgery, I am passionate about helping women overcome this disease.

While there is no way to completely prevent breast cancer, for women with increased risk factors—such as testing positive for certain gene mutations or having already had cancer in another breast—a risk-reducing surgery like a preventative mastectomy followed by reconstruction can be worth considering.

Why women get preventative mastectomies

While a prophylactic mastectomy can substantially reduce an at-risk patients’ likelihood of contracting breast cancer, it is a significant step to take and should be thoroughly discussed with your doctor.

As awareness of this option has risen, numerous women—including Angelina Jolie and Christina Applegate—have decided to have their breasts removed because they were predisposed to breast cancer.

There are 2 types of preventative mastectomies:

When undergoing a prophylactic mastectomy, you and your doctor will weigh many variables to determine if your mastectomy should be subcutaneous (nipple-sparing) or total (non-nipple-sparing). Though subcutaneous mastectomies allow for more natural-looking breasts after reconstruction because they maintain the nipple and areola, a total mastectomy offers the greatest cancer risk reduction because it removes the greatest amount of tissue.

If you are predisposed to breast cancer and are considering a preventative mastectomy, it’s important that you also consider your breast reconstruction options before undergoing surgery. This will allow your surgical team to plan ahead according to your wishes and help you get the best possible results.

For many women, reconstructive surgery helps them reclaim a feeling of wholeness after having their breasts removed.

I was honored to recently assist local breast cancer patient Valerie Gansen with breast reconstruction surgery following her double mastectomy. Valerie chose to have both of her breasts prophylactically removed in order to prevent her stage 0 breast cancer from metastasizing. Following surgery, the pathology report showed that her breast cancer was actually stage 2, not stage 0, making it very clear that Valerie’s decision to have a preventative mastectomy was the right choice.

Another smart choice Valerie made was to consider her breast reconstruction plan before undergoing her mastectomy. This allowed me to work with her surgical oncologist to preserve as much skin as possible, and thus provide a very pleasing reconstruction.

However, this is just one patient’s story, and when it comes to your body, you get to decide which path is best for you when it comes to mastectomy and reconstruction. For example, some women prefer to use prosthetics post-mastectomy rather than adding a reconstructive step to their surgical process. But, if you do choose to undergo reconstruction following your mastectomy, know that it is your right to have your health insurance pay for the procedure, and that for many women, reconstructive surgery helps them reclaim a feeling of wholeness after having their breasts removed. Here are a few other reasons women choose to undergo breast reconstruction:

The reconstruction option you choose will depend on many factors, including your personal preferences, body anatomy, whether you’ll need radiation treatment, and more. No one method is best, and your medical team can help you make the right choice.

Breast reconstruction with implants often involves the use of tissue expanders—devices that are used to create space for your implant. An expander is temporarily placed in the breast pocket and then gradually filled with saline fluid at intervals until your tissue has expanded enough to accept a permanent implant. This process is usually conducted over a series of weekly appointments for about 3 months.

An alternative option to implant reconstruction with tissue expanders is immediate, or direct-to-implant, reconstruction. In this technique, your plastic surgeon will insert your implants immediately after mastectomy. The benefit of immediate reconstruction is that you won’t need to undergo a secondary surgery to have your implants inserted, however, this choice is only appropriate for some patients.

To learn more about breast reconstruction surgery, read my post, “6 Things You May Not Know About Breast Reconstruction.”

If you undergo a total mastectomy and have your nipples removed, they can be reconstructed after your new breasts have healed (about 3 to 4 months). Nipple reconstruction has advanced significantly in recent years with techniques such as skin grafting and 3D tattooing to create nipples that look and feel completely natural.

The most common form of nipple reconstruction uses skin from your nipple’s future location to create the nipple. By making small incisions around the nipple’s target site, your surgeon can elevate this tissue to mimic the look and feel of a natural nipple. After the nipple has been created and has time to heal (about 3 months), the areola is recreated with 3D tattooing.

Skin grafting for the areola

Some surgeons choose to use a skin graft to create the nipple’s areola. In this procedure, the nipple is first created from tissue at the nipple site. Next, skin from a different part of your body—usually taken from where skin was harvested for your breast reconstruction—is grafted onto your breast to create the areola. After the nipple and areola has healed properly, the areola’s appearance can be enhanced through 3D tattooing, which approximates the pigment of a natural nipple.

Instead of having their new nipples recreated from skin, some women prefer to have them tattooed directly onto their reconstructed breasts. These tattoos can be incredibly realistic and can be touched up over the years. One benefit of choosing a tattooed nipple over one created with your skin is if you decide to go braless, you don’t need to worry about your nipples showing through your clothing. There is minimal discomfort associated with nipple tattooing.

Will insurance cover my prophylactic mastectomy and breast reconstruction?

However, laws around prophylactic mastectomy coverage vary from state to state. Often, the procedure will be covered if you are at risk and your doctor recommends it as a preventative measure. I encourage you to contact your insurance provider to learn more about your mastectomy and breast reconstruction coverage.

If you are in the Eugene, Oregon area, I would love to assist you with your breast reconstruction. My name is Dr. Kiya Movassaghi and I am a board certified plastic surgeon specializing in breast surgery, including breast reconstruction. I am a member of the Oregon Care Alliance, a team of breast care specialists including oncologists, pathologists, radiologists, and surgeons who provide coordinated care to breast cancer patients. In this role, I work with my patients and their doctors to choose the best reconstruction options to fit my patients’ medical needs and aesthetic preferences.

To schedule a consultation with me to discuss your breast reconstruction, contact my Eugene, Oregon practice, Movassaghi Plastic Surgery, online or call 541-686-8700.